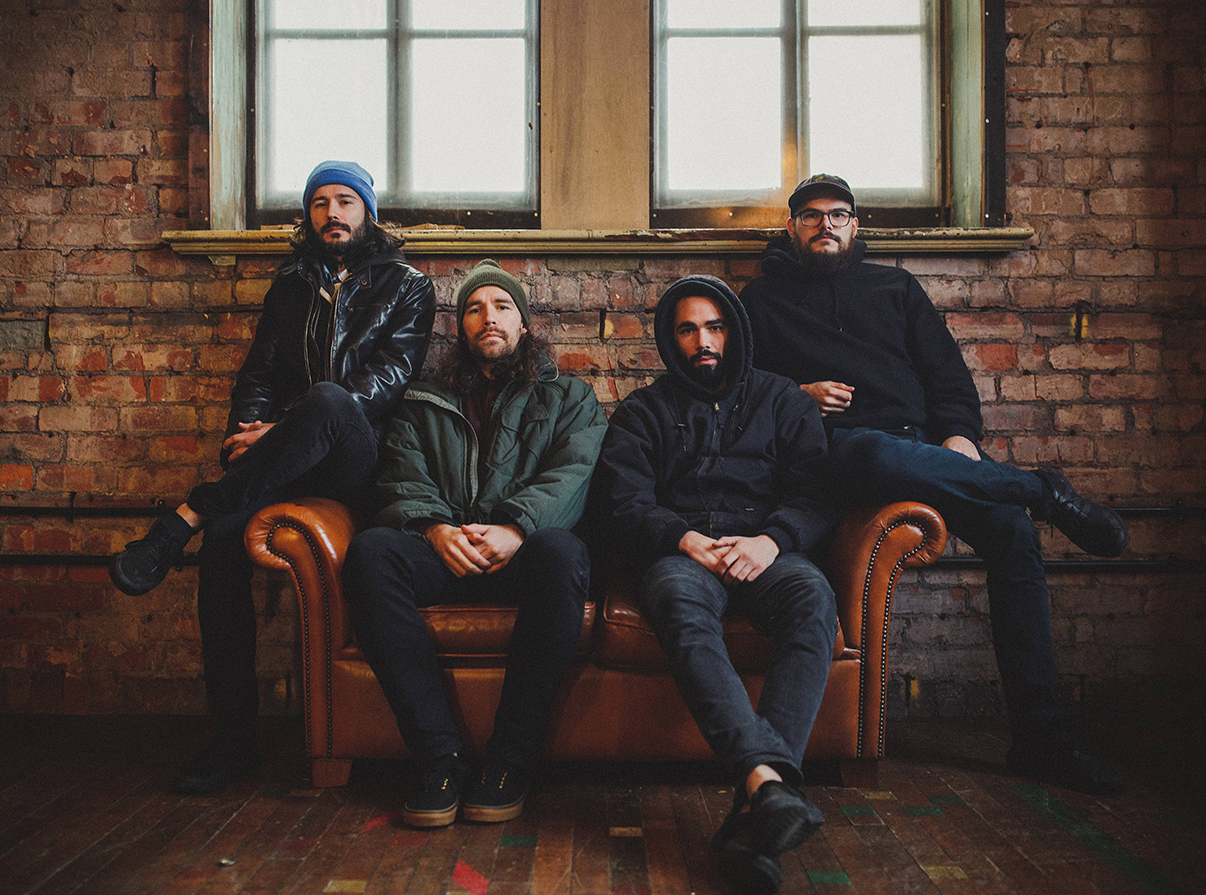 It may have only been two years since Atlanta’s Microwave released its debut record Stovall, but much has changed in that short amount of time. While the exuberance and joy of Stovall dealt with vocalist/guitarist Nathan Hardy’s wide-eyed wonder at a world previously obscured by a strict religious upbringing and his time as a Mormon missionary – songs of innocence, if you will – Much Love details the aftermath once that awestruck amazement has been dampened by the harsh realities of life.

These, then, are songs of experience, the sound of growing pains, with the emphasis very much on the pain, on the trials and tribulations that come after the euphoria of freedom. That’s not to say that first album was devoid of drama, because it was full of it, but the ten tracks that make up Much Love certainly traverse darker, more unstable territory by confronting the very existence and notion of life as Hardy once knew it.

“Thematically,” says Hardy, “this record is about questioning things you’ve been taught your whole life about how the world is. I grew up really religious and at one point I found for myself that I didn’t identify with that anymore. And then I started to realize that other things, like the idea of love and monogamous relationships, were also in that same vein of stuff that I’d been taught when I was younger that were just what you’re supposed to do.”

“All these things I’d been taught going to church six days a week or through watching Disney movies that reinforced the idea of finding someone and living happily ever after, I was beginning to understand weren’t universal truths after all.” He pauses. “And that, overall, made me realize there’s not an inherent meaning to life and I more or less had to build a new foundation for my life.”

Given the heavy emotional, philosophical and existential weight behind these songs, it’s no surprise that the band – completed by guitarist/vocalist Wesley Swanson, bassist Tyler Hill and drummer Timothy ‘Tito’ Pittard – found themselves writing music to suit this shift of tone and perspective. The result is that tracks like “Roaches” and “Busy” glisten with a more jagged and acerbic edge, one that’s rough and unsteady but nonetheless still full of the melodic sensibilities that defined that first record. Elsewhere, “Lighterless” is a scuzzy, grunge-pop gem, “Vomit” is a restless, jittery ball of nerves and anxiety, while “Whimper” is sultry, sleazy and almost bluesy.

Recorded and produced, like Stovall, by Travis Hill, Much Love is a more abrasive, rawer set of songs than its predecessor, more The Devil And God Are Raging Inside Me than Deja Entendu. Yes, Microwave are very much still recognizable as the same band, but at the same time these songs are a conscious evolution of their sound.

“Musically,” Hardy explains, “we tried to branch out more and experiment with other sorts of tones and vibes for songs. So overall it was very much an experimental endeavor recording it. But we’ve also spent more time playing together and we’ve developed more of a personality – we realized we all like to make weird noises with our instruments and we hadn’t really incorporated that in the past. We’d fuck around during practice and make weird stuff, but it was only with this new stuff that we thought we should mess around and make noises until we find really cool ones and actually use those in the recordings.”

It all makes for an intense and cohesive representation of life that encompasses both base human behavior and emotions – sex, drugs, alcohol, jealousy, promiscuity, to name a few – as well as those more existential and philosophical elements that lie just below the surface of those actions. It’s an album that wrestles with the meaninglessness of existence and which tries – sometimes successfully, sometimes futilely – to find meaning in that vacuum of insignificance and emptiness. In that sense, Much Love is very much a coming-of-age album, but it’s most definitely not of the saccharine, indie flick variety. And while this record is centered around a very specific and unique set of circumstances, these are universal songs that have a profound and powerful impact, regardless of your own personal situation.