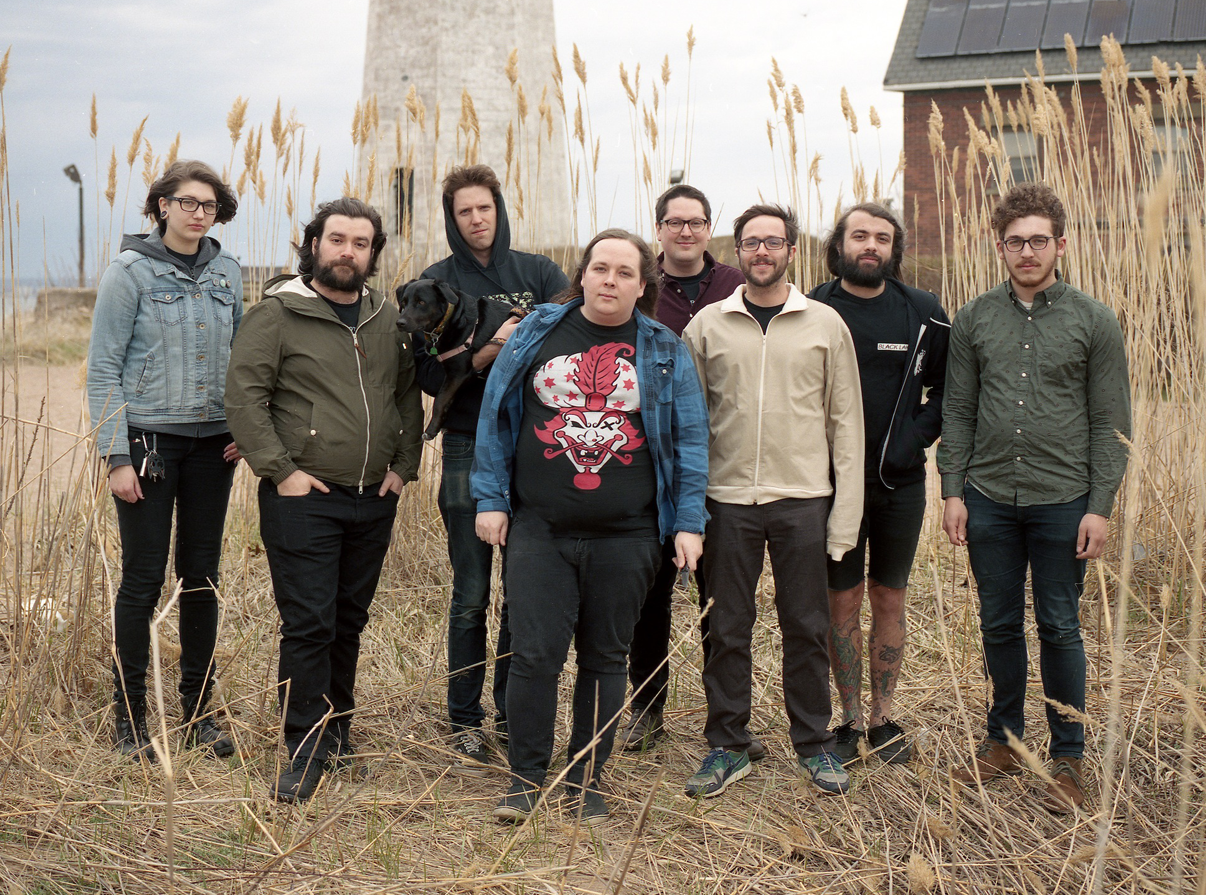 The World Is a Beautiful Place & I Am No Longer Afraid to Die are an atmospheric emo / indie rock band from Willimantic, CT. The band was formed in 2009 and has undergone several lineup changes since its inception. TWIABP’s now 8 piece lineup writes the songs collaboratively and often on-the-spot with vocal duties shared by 5 members. The band’s sound is easily compared to second wave post-emo indie rock bands of the late 90s and early 2000s and their atmospheric moments are often tagged as “post-rock.” The band creates their dense textured sound with multi-layered and heavily effected guitars as well as synthesizer, strings, and trumpet.